Photo by Xuan Nguyen on Unsplash

Bugs are inevitable evil in any system. No matter how excellently the system is designed, how well it is implemented, and how intelligent the engineers behind the system are, bugs can occur.

One of the primary goals of any test engineer is to show that system has some errors and risks - and deliver it before the system goes to production.

Bugs can emerge in many different forms: some of them are relatively easy to identify and fix. But some bugs are hard to find even by experienced developers.

One of such bugs is the concurrency bug. Systems are typically tested in a single-user mode so that concurrency bugs can slip by the testers. Some tests (e.g., performance) can help find concurrency issues - but in many cases, these tricky bugs are identifiable in production with an actual user workload and conditions.

Concurrency bugs are often associated with timing issues in single-machine multi-threaded systems. But as systems are getting more complex and distributed, the number of distributed-concurrency problems is increasing.

Tanakorn Leesatapornwongsa et al. have done tremendous research about the nature of the distributed concurrency bugs in their paper: “TaxDC: A Taxonomy of Non-Deterministic Concurrency Bugs in Datacenter Distributed Systems”.

What is distributed concurrency bug?

The points of the study were four distributed systems:

Researchers performed an in-depth analysis of 104 distributed-concurrency bugs from the public bug-tracking systems.

Most distributed-concurrency bugs studied in the research happened due to untimely delivery of messages, by untimely faults or reboots, or by a combination of both. 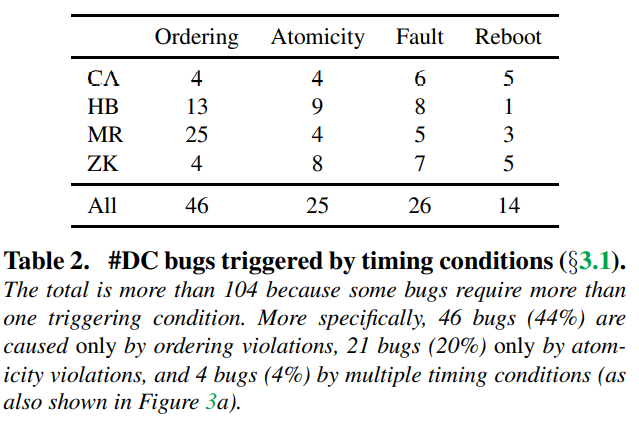 Timing bugs can be divided into two categories:

It turns out that there are a lot of possible causes for bugs: 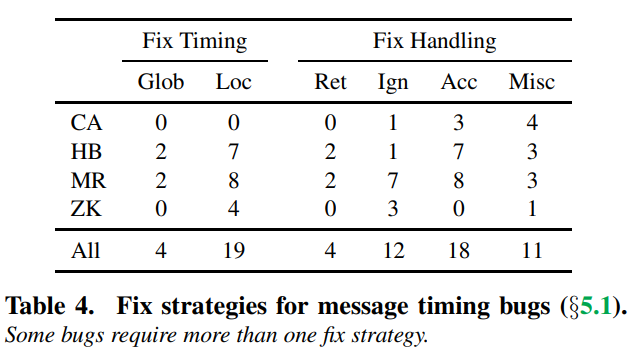 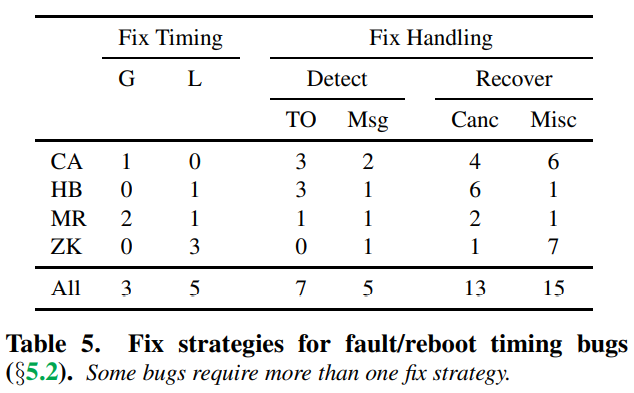 Global/local synchronization fixes are a rare case here. In other cases, fixes were done using timeouts, ignoring events, and retry.

As a part of the study, the authors show several popular misconceptions about distributed-concurrency bugs:

Lessons learned from the study:

Modern application rarely involves creating giant distributed systems “from scratch.” In most cases, you will use one or more significant and “proven” systems to build your own.

Immense systems and storages like Cassandra or ZooKeeper provide some level of assurance that they will work as expected. But you never will be 100% sure that the system will work correctly in production deployment.

So testing now, as always, is crucial. Knowing the root causes of the issues can help you identify potential problems during your system’s design.