Photo by Leyre on Unsplash

I have been working in test automation and development for more than ten years. I’ve seen good projects, and I’ve seen awful ones.

In this blog post, I want to highlight the problems I see in the testing industry and how we all can fix it. (You may have a different experience - so let’s share it in the comments!). This is a text version of my talk that I gave at Abu Dhabi MoT meetup at the beginning of 2022.

What has changed in the industry in 10 years

Over the past ten years, we have witnessed a significant technological boost - driverless cars, artificial intelligence, AR / VR, blockchain, drones, and robots. Much testing and test automation moved from the desktop to the web and mobile devices.

From Waterfall models, many businesses went to Agile and Scrum.

From big and costly tools for writing automation tests, we have moved to small, flexible, and, most importantly - free libraries and tools. Now we have intelligent reporting systems and tests in Docker containers. Running thousands of tests in parallel in the clouds now is not so expensive.

But at the same time, many things and statements have remained unchanged.

Here are some of the endless topics that are constantly raging among testers:

But why is there such a situation in the industry? Could the problems be something else? What issues do I see? 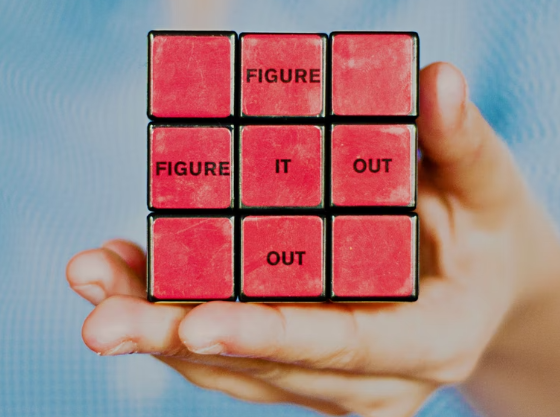 Photo by Karla Hernandez on Unsplash

I will divide the problems into two large groups.

The pursuit of technology

Insufficient level of skills and knowledge

The lack of knowledge can take multiple forms.

In interviews, senior candidates often quickly answer any questions about testing. They can draw a “testing pyramid or any figure you want” for you, tell you all the test design techniques in the world, and write the perfect bug report. But candidates quickly lose confidence when you ask questions about fundamental technical aspects (such as how HTTP or networks work).

You can tell me that not every project requires specific knowledge. That’s true. But test engineers should know (or at least be aware of) the fundamental technical knowledge. Ideally, a little bit deeper than the first link in the Google search.

90% of modern systems work with the network in one way or another, send messages or requests, and use the database or distributed storage. Multiple layers of abstractions can cover it - but in a nutshell - it all works similarly.

Some test engineers still believe that learning programming is complicated and unnecessary. Let the programmers write the code!

The other part is those who have learned to code a bit but concentrate their efforts only on the UI tests. The world outside of these tests does not seem to exist.

Knowledge of system architecture and how they work is a scarce skill among test engineers. All this is considered work for experienced “bearded” architects or only senior developers with dozen years of experience.

But without knowing how the system works inside and with each other, it is easy to miss a lot of critical errors. On the other hand, the lack of technical knowledge will make it hard to describe such issues in a bug report.

I’m not saying that without knowledge of the components of the system, it is impossible to point out lousy testability. As a result, we continue to write fragile XPath locators because no one has added IDs for elements.

Knowledge of business and product

Of course, it all depends on the project. There are some projects where a testing team works as if on a factory line: get the build, test it and pass it to the next unit (without asking any questions).

Test engineers are significantly lacking in product knowledge. Few engineers work with users or with customer support. But those people can provide helpful information about the riskiest parts of the application or give feedback on the usability system.

Even fewer test and automation engineers think about how their work affects business. Do those automation tests save the company money? Or provide feedback faster than the manual testing?

Regarding personal development, there are two significant groups of engineers exist:

But here lies the most critical point. ONLY YOU ARE RESPONSIBLE FOR THE PERSONAL DEVELOPMENT OF SKILLS, KNOWLEDGE, AND CAREER!

Your manager (or anyone else on the Internet) will not be able to create a map of your skills for you. Only you know your strengths and weaknesses. Only you know (or guess) what gaps you have in your knowledge. Only you can understand how to gain that knowledge and reach a new level (and get that dream boost).

The manager can only adjust your plan and indicate the company’s resources: the budget for attending conferences or other developments.

A vicious circle of uncertainty

So what questions does an average test engineer usually ask himself?

As a result, most test engineers fall into a circle of uncertainty. 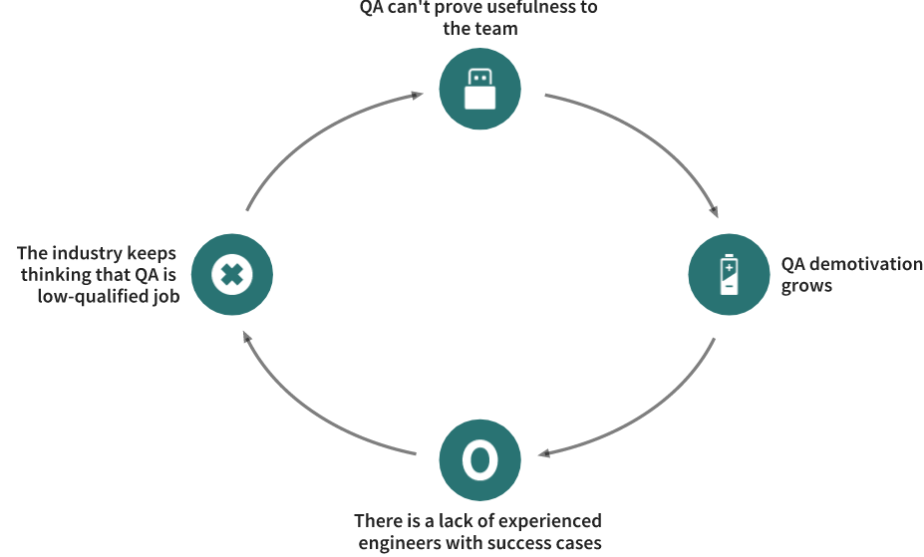 How to change the situation for the better